Have you ever tried adding cinnamon to chili?  This sweet cinnamon chili will please your whole family!  Everyone will love the mini cinnamon roll croutons. They are so much fun to eat!  This chili is lovely, a little smokey, and laced with cinnamon.   Sweet cinnamon chili cooks up fast in your Instant Pot and gives you just enough time to throw together these mini cinnamon rolls while the chili is pressure cooking. 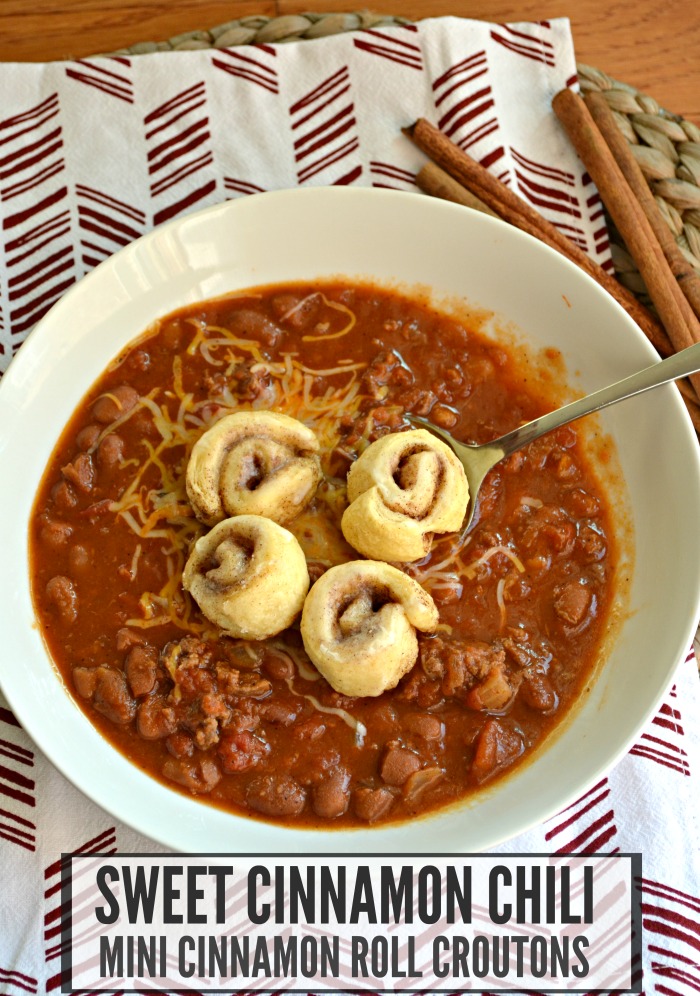 One thing I have been seeing on the interwebs this fall is that folks enjoy having a cinnamon roll alongside their chili!  Last year, I served Trader Joe’s pumpkin muffins with chili a few times, but cinnamon rolls sounded fantastic!   I go through phases using spices, and lately, my newfound obsession has been adding cinnamon to savory dishes.   It turns out that adding cinnamon to chili is incredibly delicious!  I added a small amount of brown sugar for some sweetness too.

If you like sweet chili, you can also try making chili with baked beans. 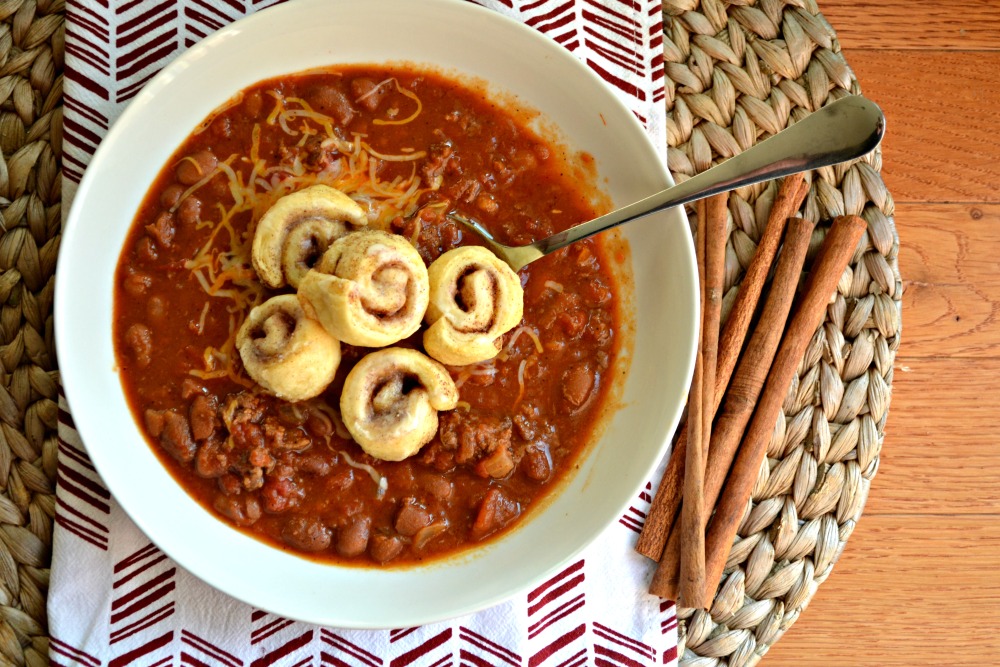 Chili is in my top five dishes to make in my Instant Pot. 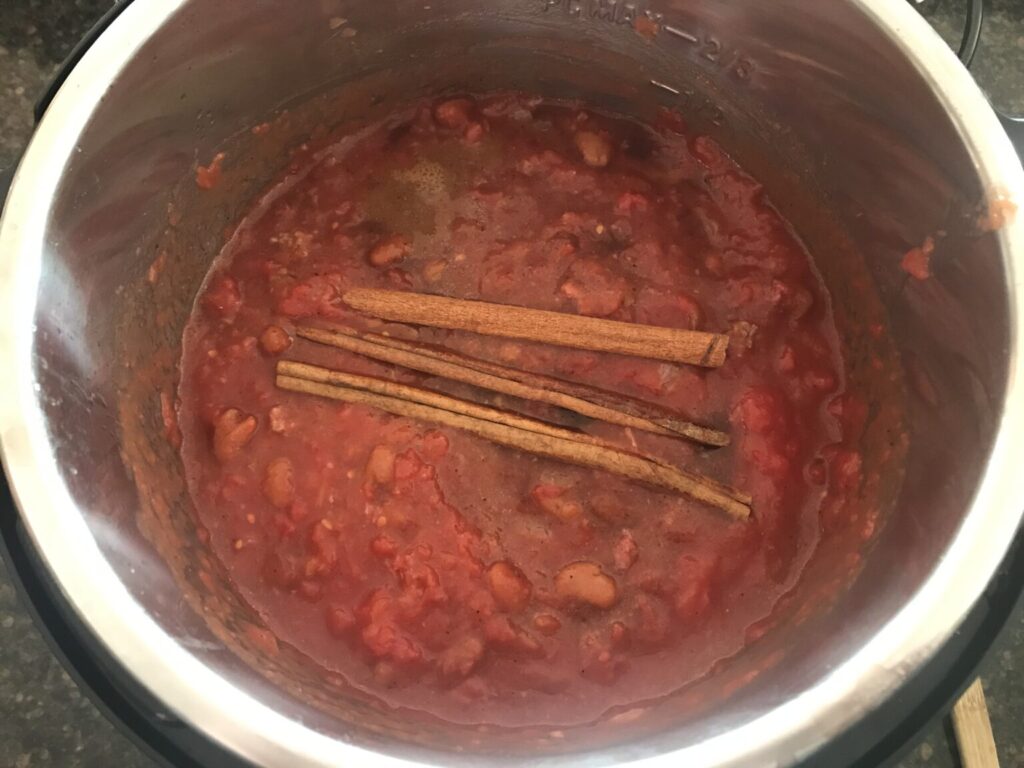 This chili has a short ingredient list. All you need is:

One tablespoon of oil

1 29 ounces can of crushed tomatoes

I made the cinnamon rolls using a package of crescent rolls. I added cinnamon, sugar, oil, and frosting to make these.  If you have a homemade cinnamon roll recipe, you would instead use, I suggest that.  You can also buy a roll of cinnamon rolls and cut them up to top your chili. 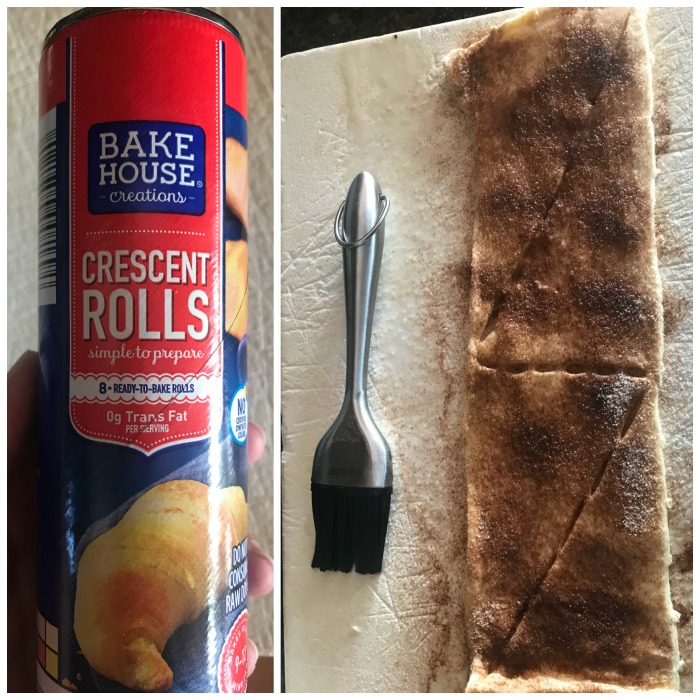 To make these mini cinnamon rolls using crescent rolls. All you need to do is: 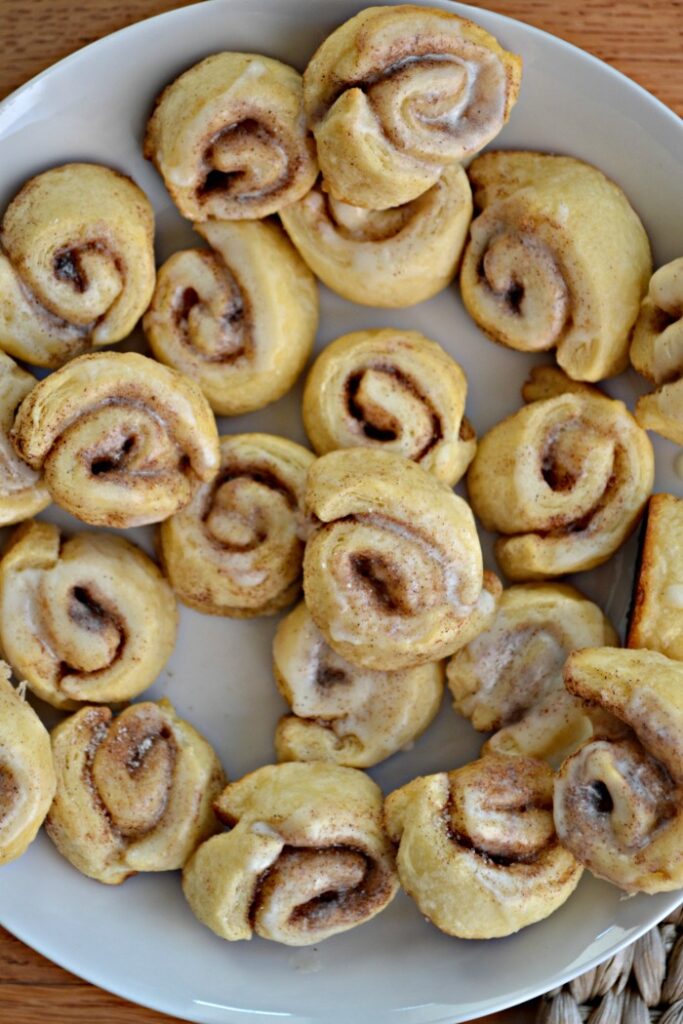 My 3-year old son is my most adventurous eater out of my three kids.  You should have seen him dunking his mini cinnamon rolls into his chili. It was so cute! 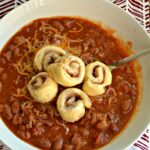 I hope you enjoy this amazing sweet chili!  Please tag me on Instagram or Pinterest if you make this! 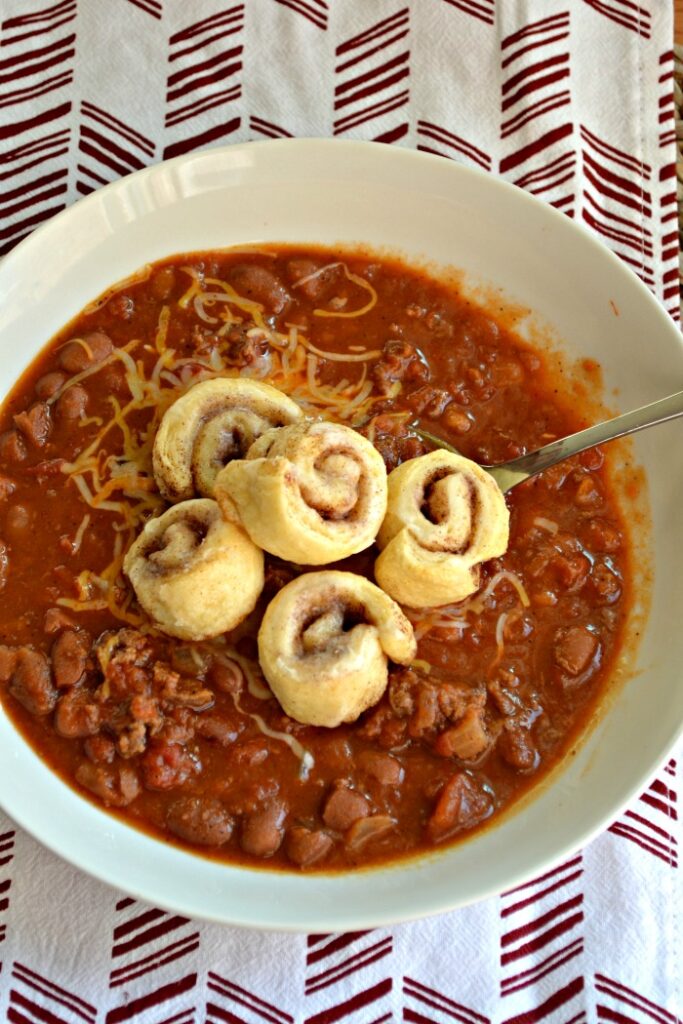 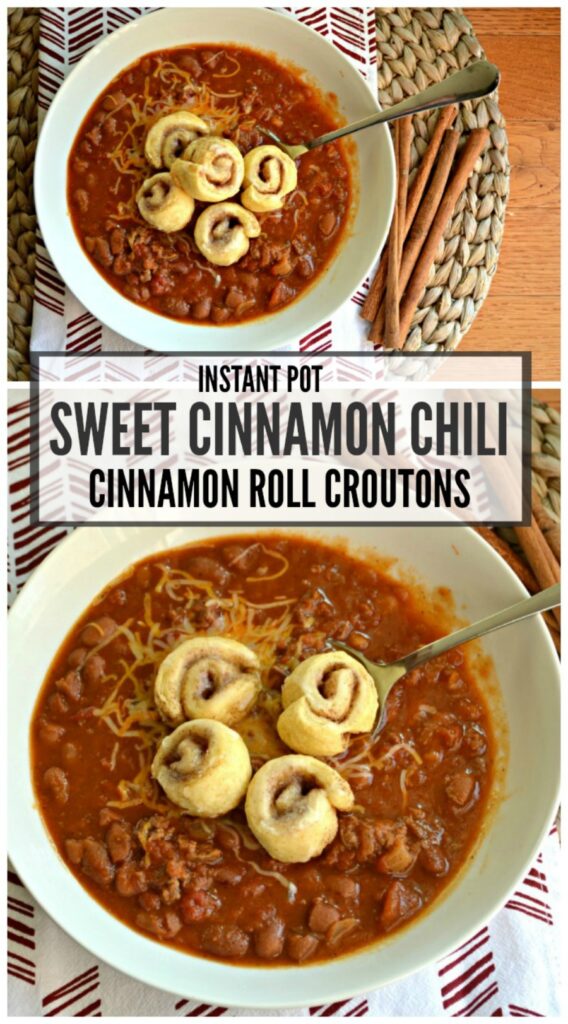