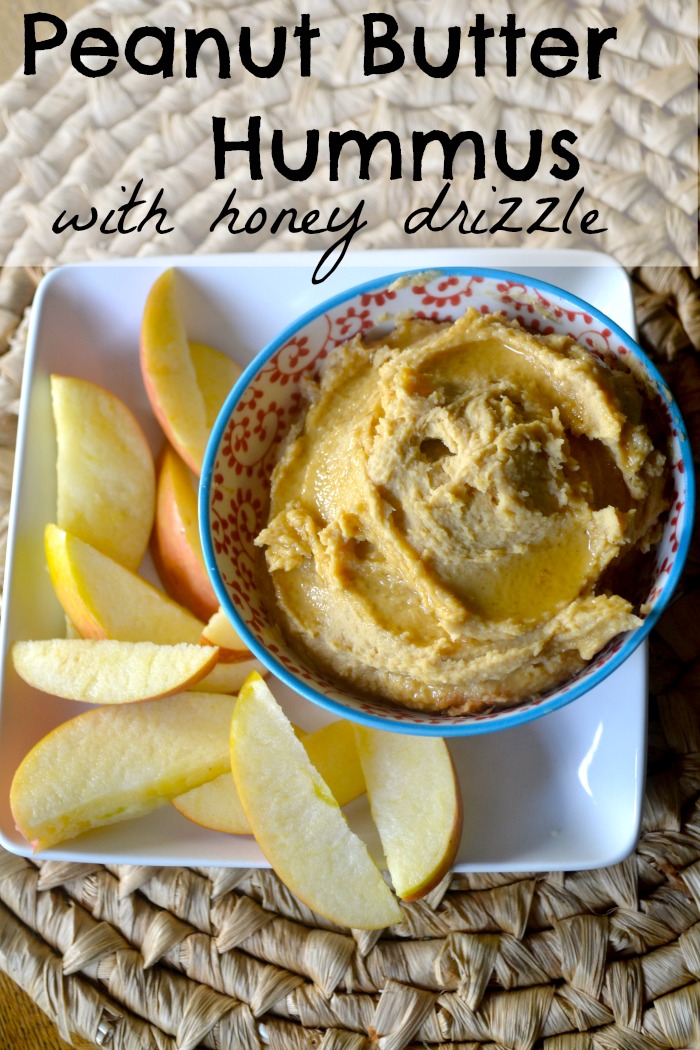 I am always trying to come up with new and fun recipes.  It’s kind of funny that I am posting a hummus recipe on this blog because hummus was Ten Years Ago!

I discovered Hummus when I went to cross-country camp as a high school student ( summer of 2000).  And yes, since I was talking about high school, I do have the right to the word Totally –thank you very much!

The other day, it was 5:00, and my toddler was begging for dinner. BUT I was trying to wait until my husband got home from work. I decided to whip up an appetizer for him to snack on while we waited.

I will admit, I was a little nervous about this snack.  E had never eaten hummus before ( mostly because he is two and a half and hummus was trendy ten years ago)  I wasn’t sure if he would be all about it.  So I added peanut butter.  He was game 🙂 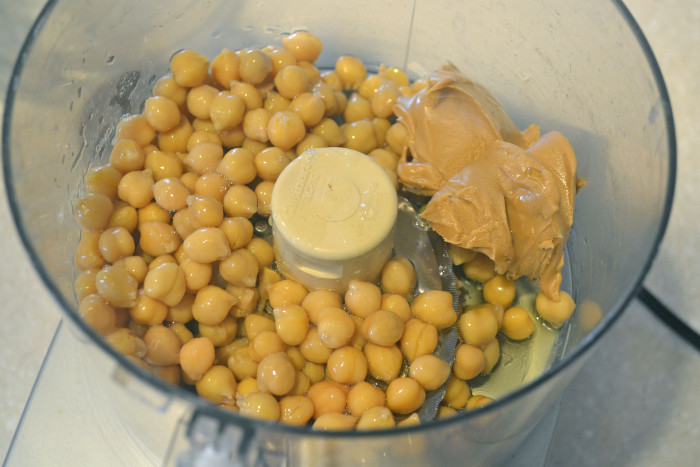 One heaping tablespoon of peanut butter

Blend all the ingredients in a food processor until you get the texture you like Note about this recipe:

I was a little reluctant to add olive oil to this hummus.  I thought that the oil already in this peanut butter would be enough.  However, without the olive oil, the texture was too rough for me. 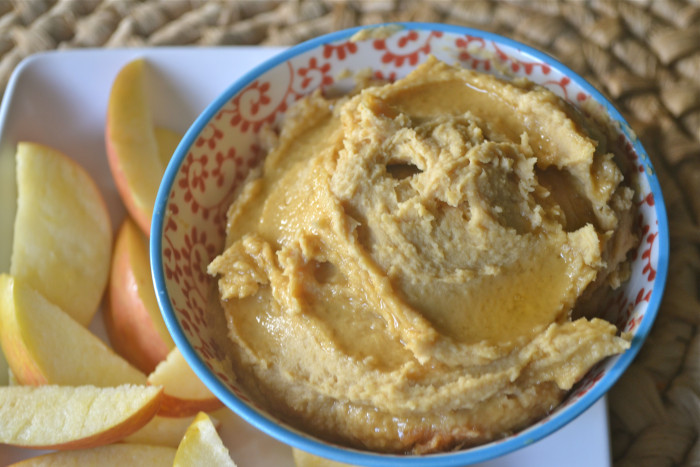 Of course, I served this peanut butter hummus with apple slices.  The two paired together perfectly! 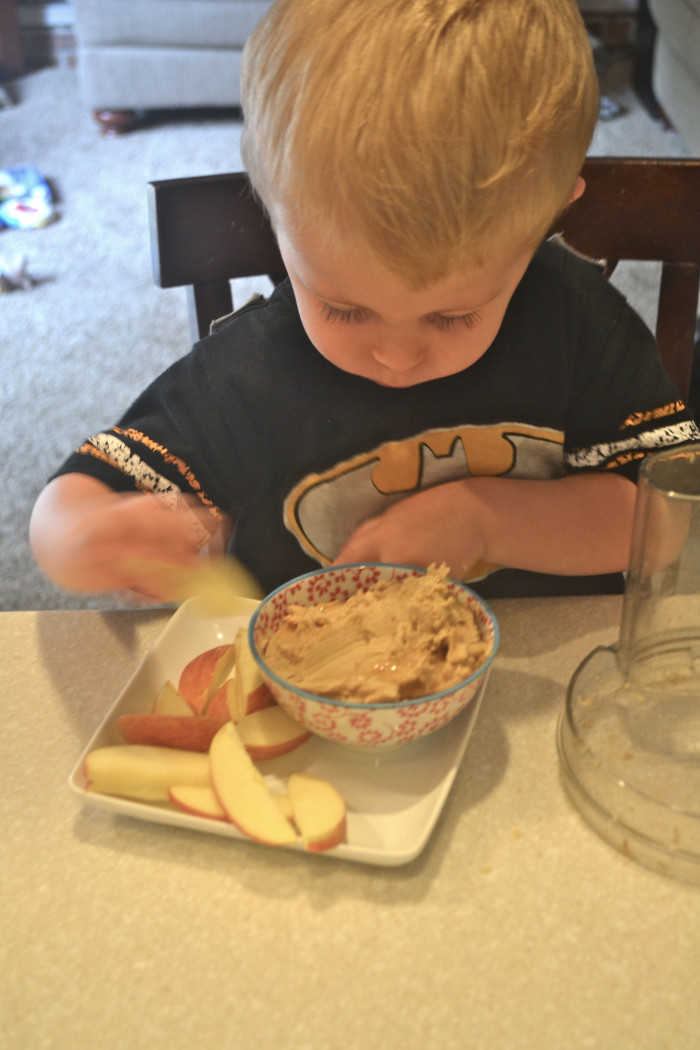 My two year old pretty much chowed this down.

This healthy snack won my little guy over with flying colors! We will make this again for sure!