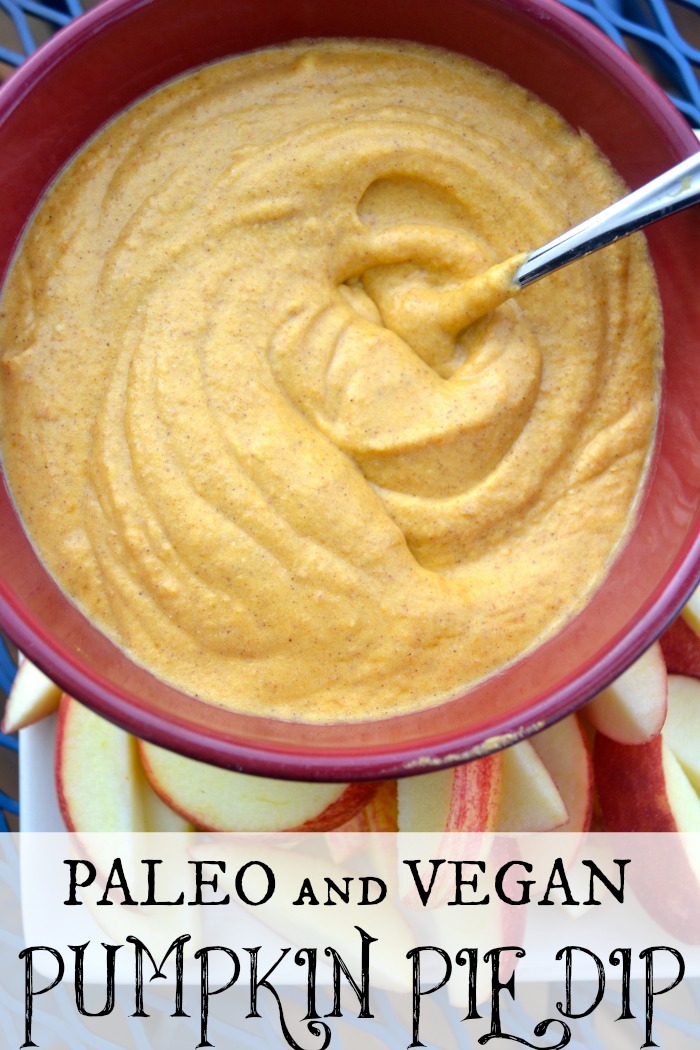 I decided to test out a Thanksgiving Recipe today on my boys.  ( All 3 of them).  Because I am hosting Thanksgiving in just a few short weeks!  OMG Thanksgiving already?  Wasn’t the 4th of July like two weeks ago?  Sigh.

Well anyway, I have had the ingredients for this dip since Labor Day, and I just got around to making it today!  As a few of my readers know, I have some Paleo Folks and a few vegans in my inner circle.   So I like trying out new recipes that fit their lifestyles AND taste good!

Last year at Thanksgiving, my mother in law made coconut milk- crustless pumpkin pie.   So this idea is based on that.  Plus, I have wanted to try Coconut Milk whipped cream for years now! ( Ever since I saw it on Pinterest)

This Vegan Pumpkin Pie Dip is only four ingredients and took less than 5 minutes to make. 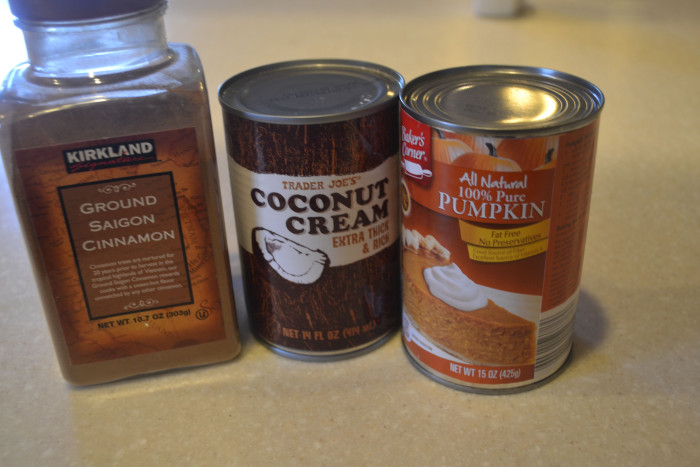 1 Can of Coconut Cream OR Coconut Milk

Two teaspoons of maple syrup. OR a sweetener of your choice

Whip all the ingredients together in a mixer until you get a whipped cream-like texture.  THAT’S it! 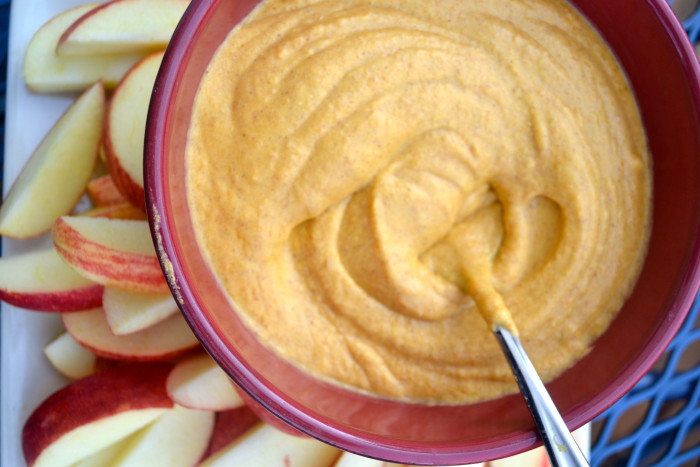 I served this dip with apple slices for an afternoon snack.  You could help them with pears, graham crackers, gluten-free cookies, or whatever you like.   Coconut Milk IS high calorie.  But I have skinny kids, so I want to give them something healthy and filling.   Sometimes healthier foods do have more calories ( nuts,  avocados, coconut).  But you know what? They also go further.

This Pumpkin Pie Dip won over my boys ( 2 sons and husband) with flying colors.  I am strongly considering adding this to my dessert table on Thanksgiving.  I think a little fruit on the dessert table will be a great idea! 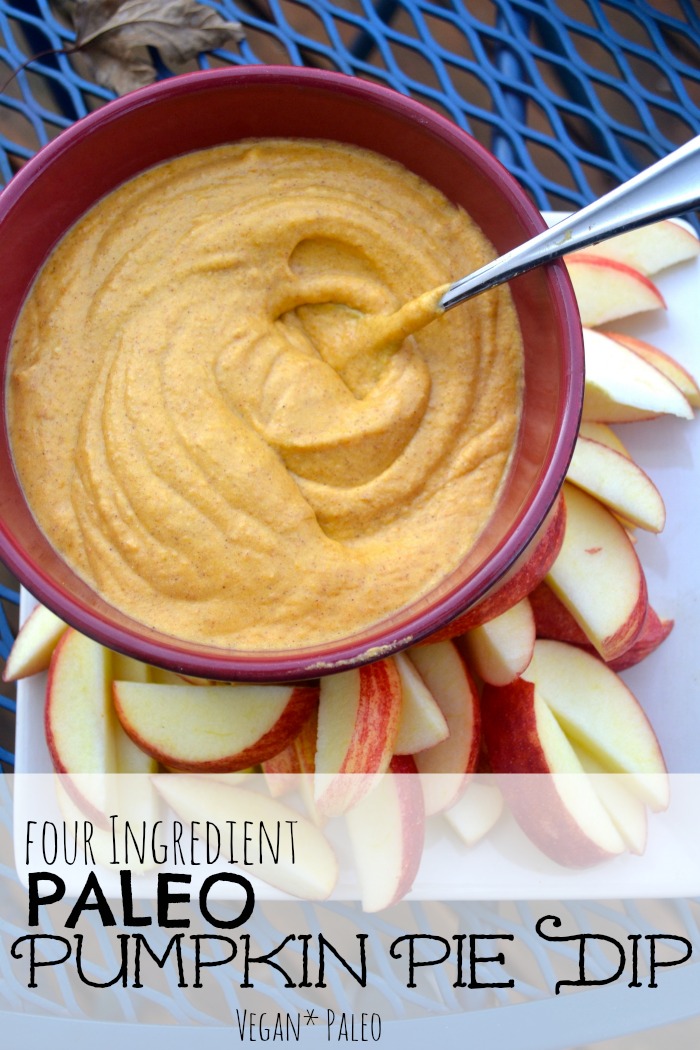