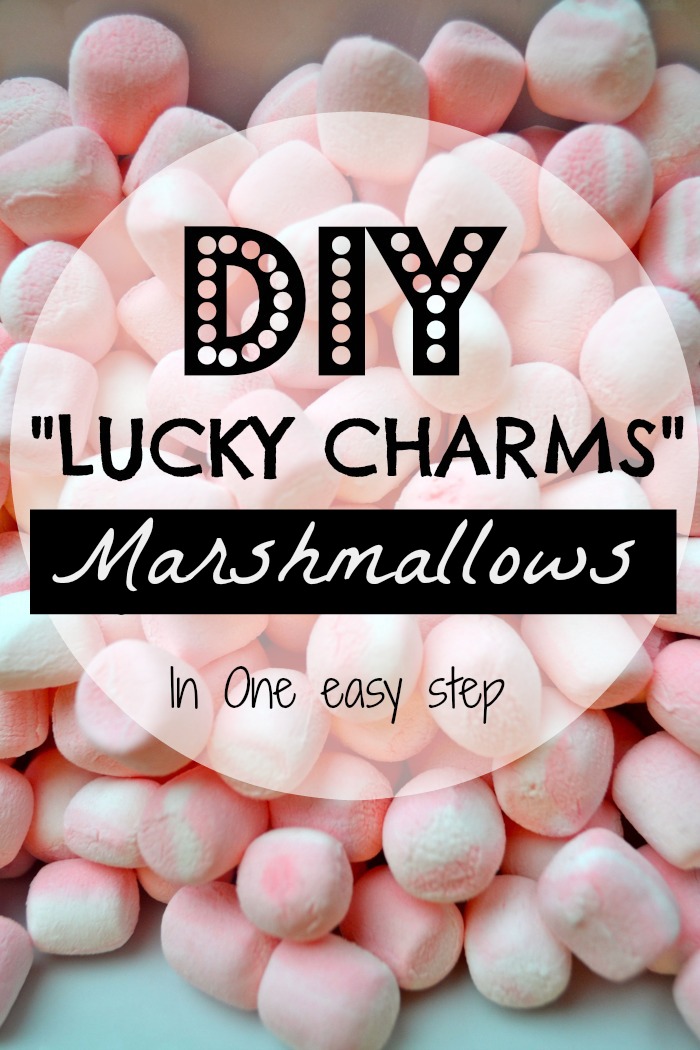 I know that Lucky Charms Cereal has more sugar than one person needs for an entire week.   But, as a thirty-something who grew up watching sugar cereal commercials. I feel nostalgic over Lucky Charms.

I remember when they introduced the RED BALLOON marshmallow, followed by that RAINBOW marshmallow.  OMG, it was SUCH A BIG DEAL!  I remember discussing new Lucky Charms Marshmallows with kids at the bus stop.   Genius Marketing, they had us!

My kids aren’t so lucky.   I only allow them to watch PBS, so they don’t see toy commercials, and I don’t think they even allow sugar cereal TV commercials anymore.

As an adult, I have purchased Lucky Charms maybe once ( or maybe three times).  Did I eat any of that gross sugar cereal? No.  I just picked out the marshmallows out and ate them.  They’re wonderful.  Crunchy.  Different from other marshmallows you buy at the store.

A while back, my mom called and told me to put some marshmallows in the food dehydrator.  She claimed that they would turn into Lucky Charms Marshmallows.  OMG, she was right! 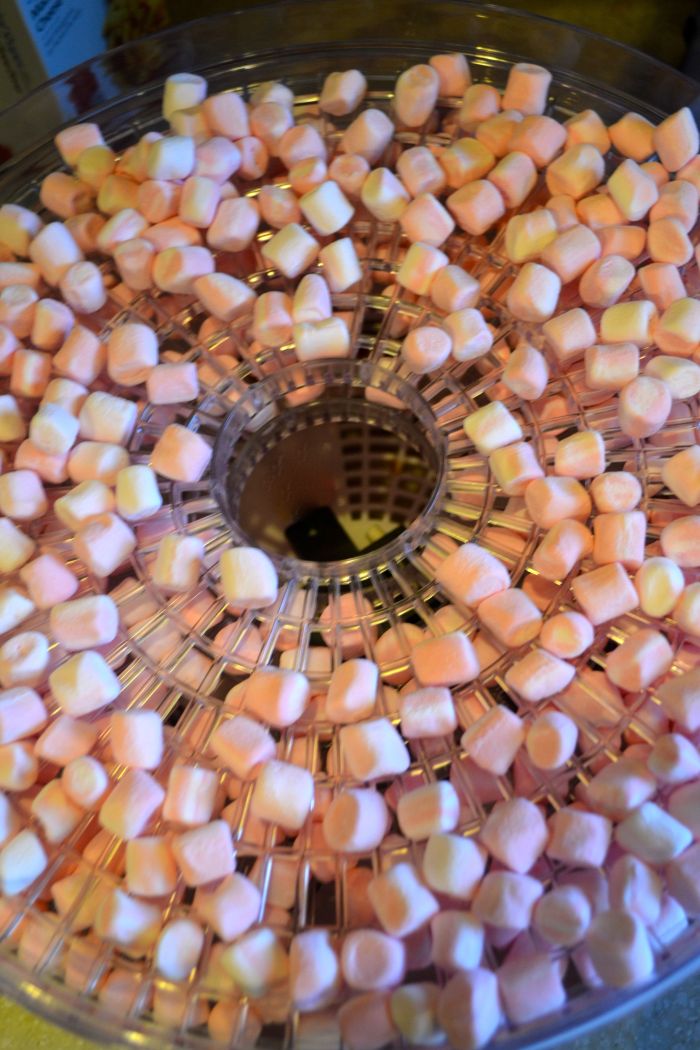 I am not even going to write out a recipe for this.  Because there is no recipe.  If you own a dehydrator, then you must try this.  Place Marshmallows in your food dehydrator for 8-10 hours, depending on the power of your dehydrator.   I checked the progress of these marshmallows every few hours to see what kind of consistency they had.  ( AKA, got a HUGE sugar high) 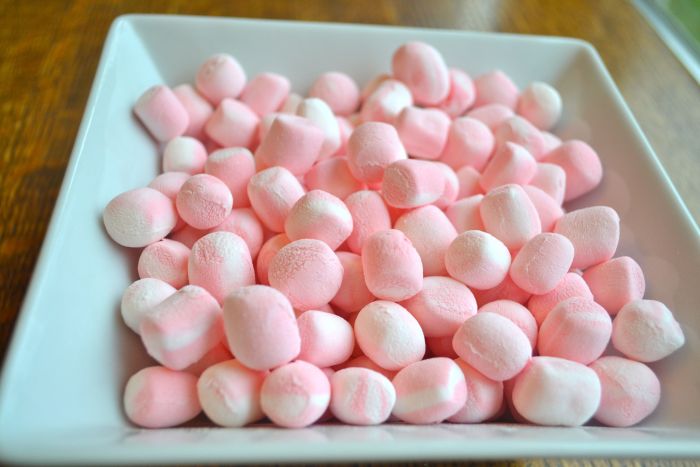 These were exactly like Lucky Charms marshmallows.  Or sort of like the marshmallows that come with those packets of Hot Cocoa.  These pink marshmallows actually peppermint Christmas marshmallows.   So no, dehydrating them does not make them pink.  They kind of look like those butter dinner mints, don’t they? 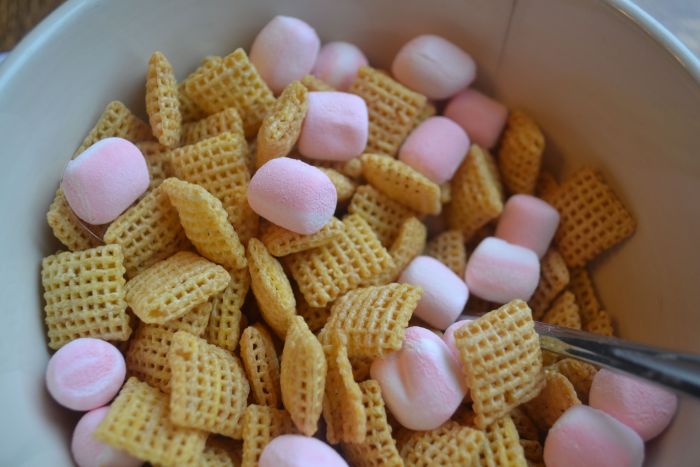 During naptime, my husband and I indulged in a “lower sugar” bowl of “Lucky Charms.”  (think, you could do this with the colored marshmallows and get closer to the real thing).   This is a fun way to enjoy marshmallows in your cereal without all that Nasty sugar cereal that comes with it.  We used chex.  I bet these marshmallows would be useful at Rice Krispies too. 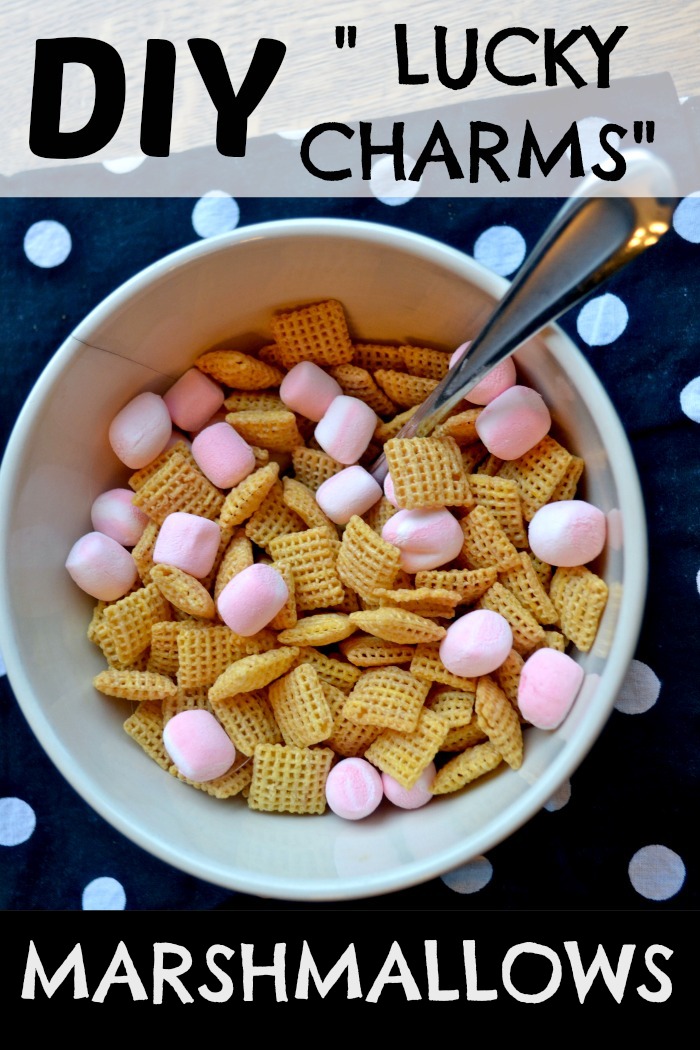 I think I am also going to make some cookies with these marshmallows.   You know, use the dehydrated marshmallows in the place of chocolate chips?  Yes, that would be fantastic!