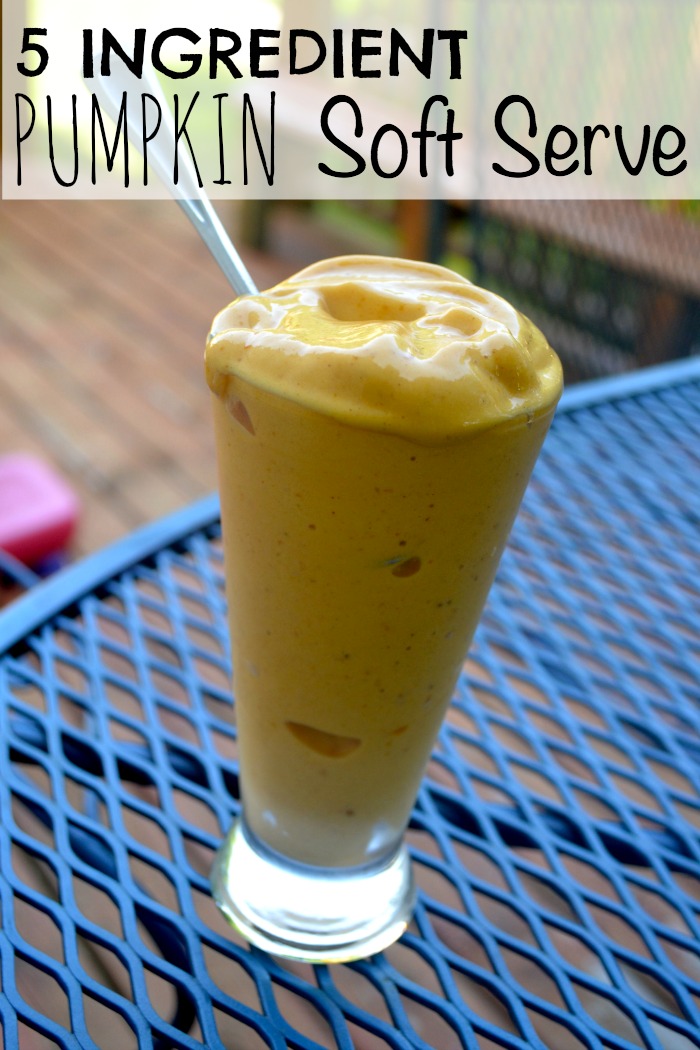 My Two-year old still believes everything that I say.

So when I tell him that his Aunt Celia, who lives in Chicago, will clap for him from afar if he eats his vegetables.  He believes that.

PLUS, when I tell him in the morning, that I am going to make him ice cream for breakfast, he doesn’t even get suspicious that it might turn out to be something healthy.

I have been offering different smoothies in the morning, and calling them milkshakes, mostly because I am trying to get some more milk in the little guy, plus I can add other healthy things too.

This morning, we had Pumpkin ” Ice Cream” and it won him over with flying colors!  If you are looking for more fun banana ice creams.  Check out my 13 Healthy Banana Ice Cream Post. 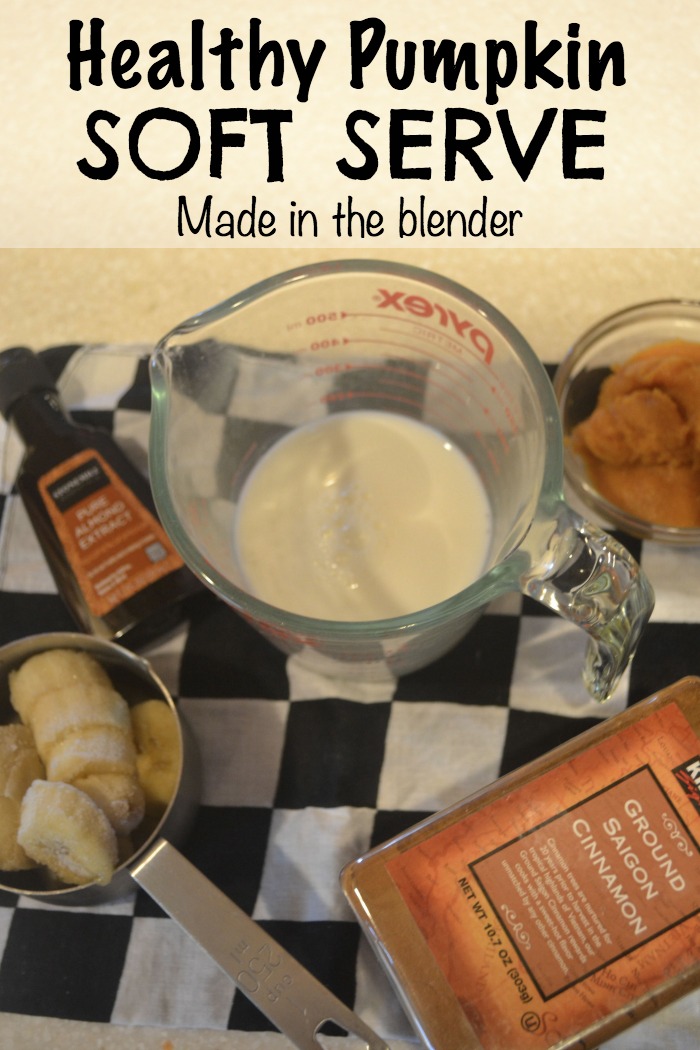 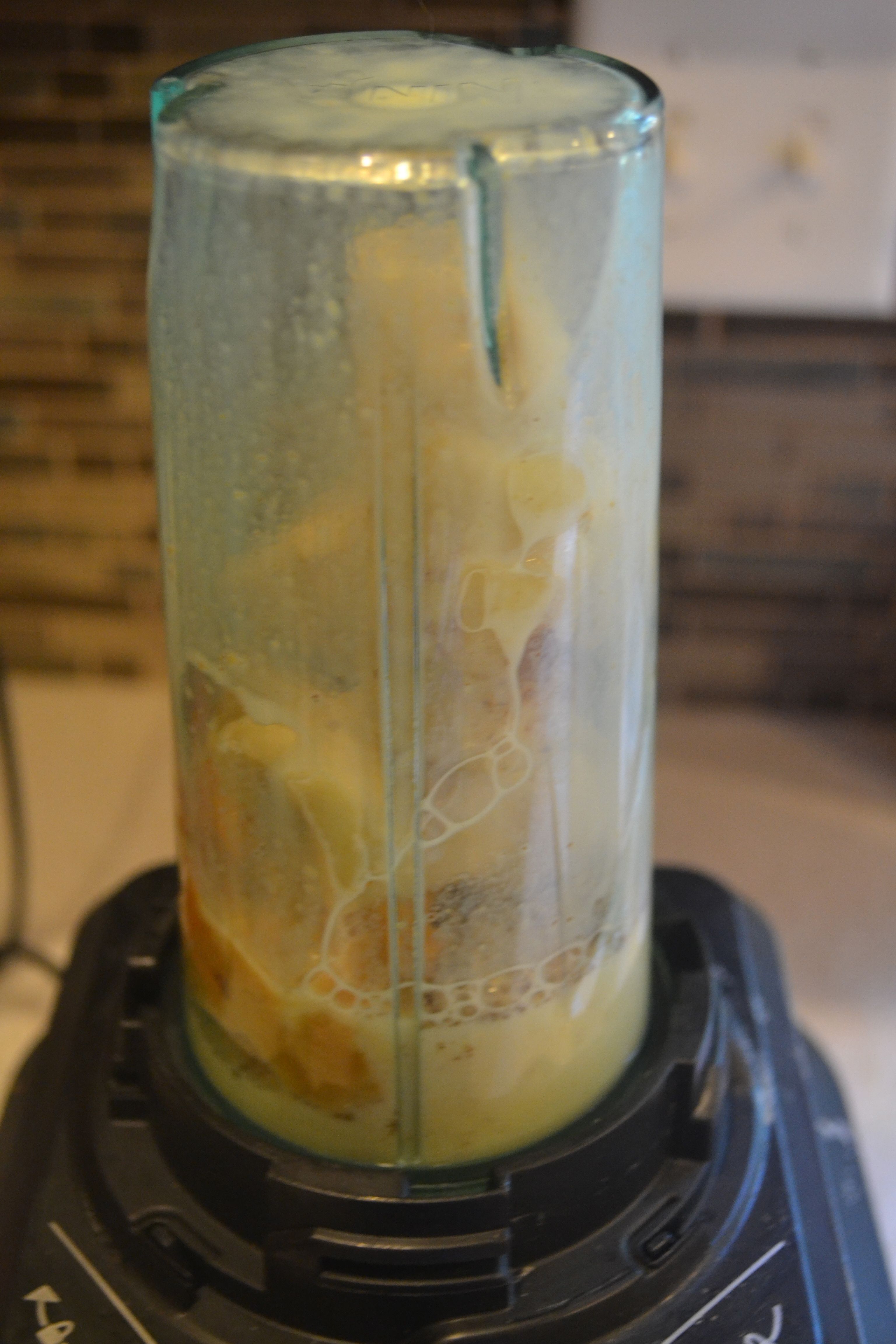 Blend them together.  That’s it! 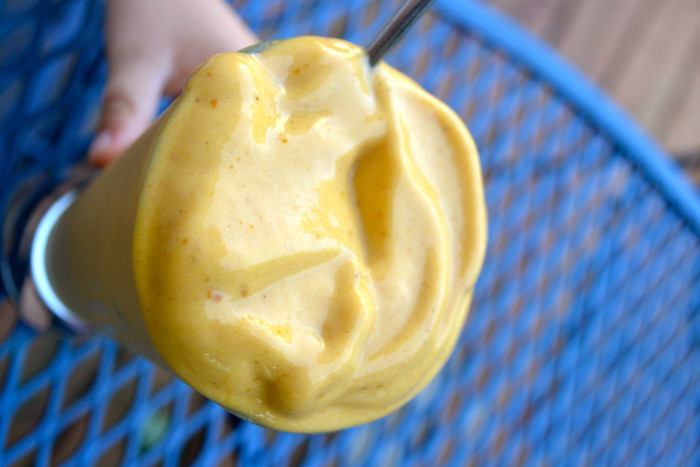 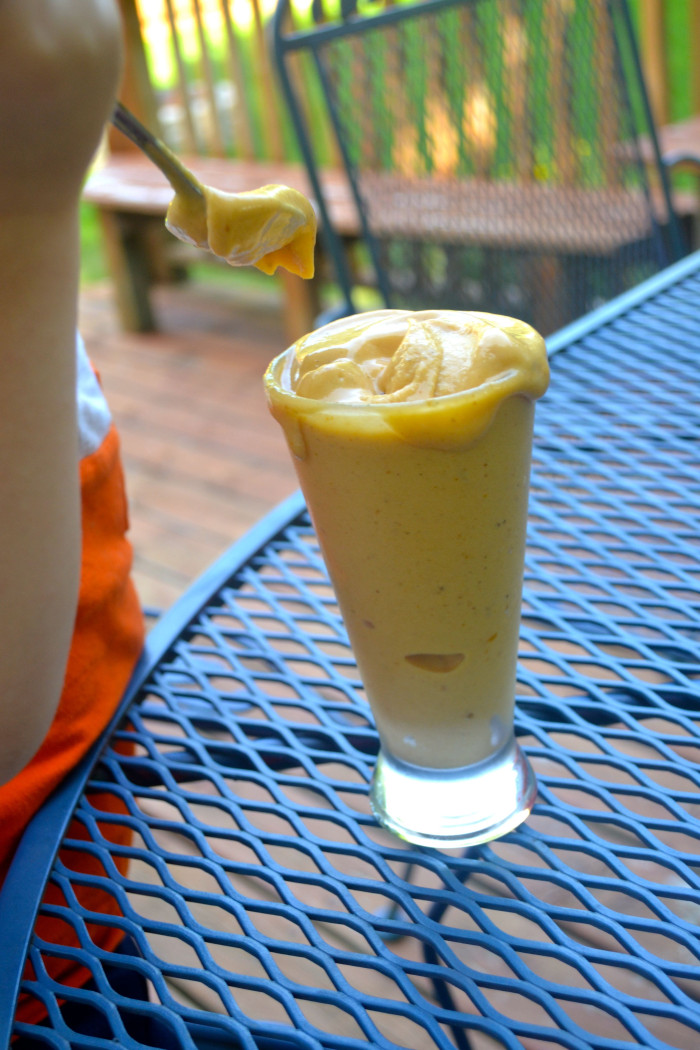 This was a large portion for such a little boy.  He ate about 1/2 of it, and I helped him polish it off.  I am playing with the idea of adding some coffee to this.  Maybe cold brew concentrate?