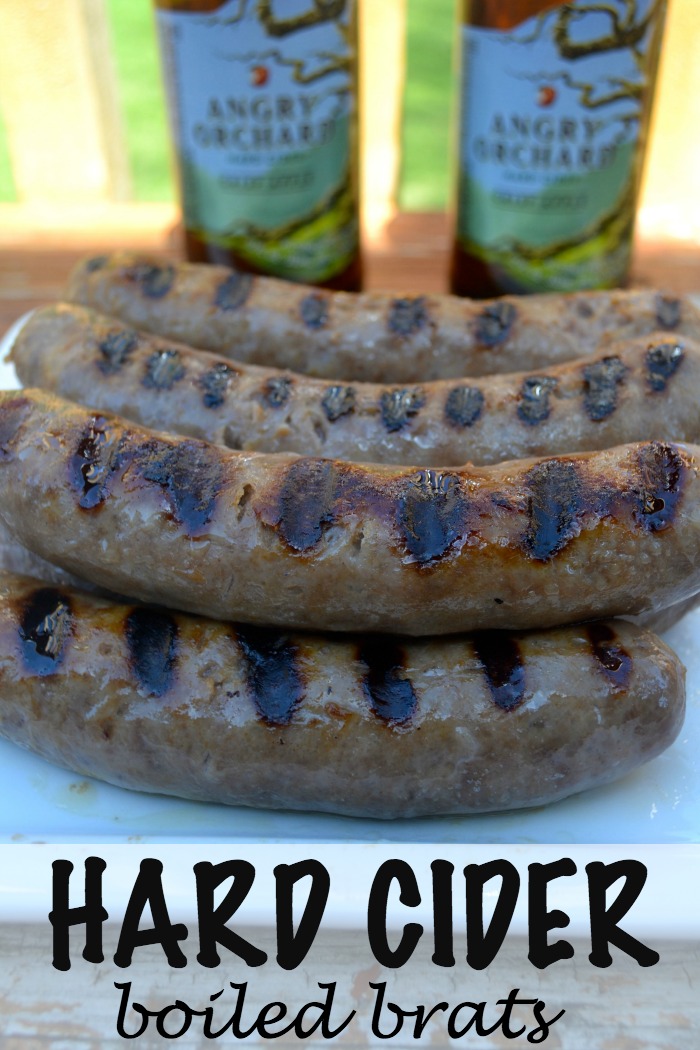 It’s sunny and 50 degrees here in Northern Iowa!  That means that we all pretend like it’s a hot summer day! I guess it’s time to break out the grill!

Today, I made cider boiled brats for lunch.  These brats were better than usual.  I don’t know if I just got really good brats, or if it’s because I poked them before boiling them in cider, but they turned out really good!

Last summer, I discovered Hard cider.   In my post, 7 ways to showcase Hard Cider, I briefly told you how to boil brats in hard cider instead of beer.  Well, I decided it was time to show you!

Boiling Brats in Hard Cider is a great way for gluten-free folks to enjoy brats.  And, do you know what? I think I prefer these cider boiled brats over the beer boiled ones. 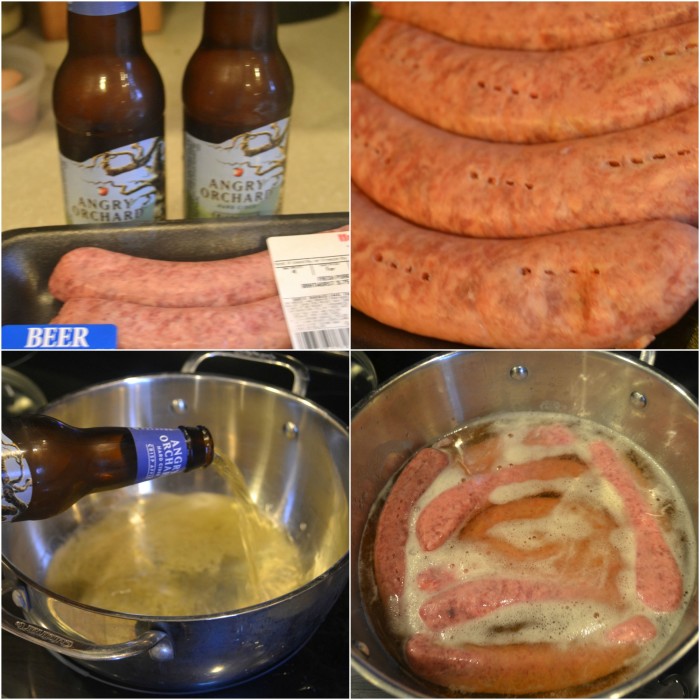 I poked the brats before boiling them because I wanted to achieve maximum cider flavor!  I put 8 brats in a pan with 2 bottles of hard cider and boiled them for 14 minutes.

Afterwards, I grilled the brats. 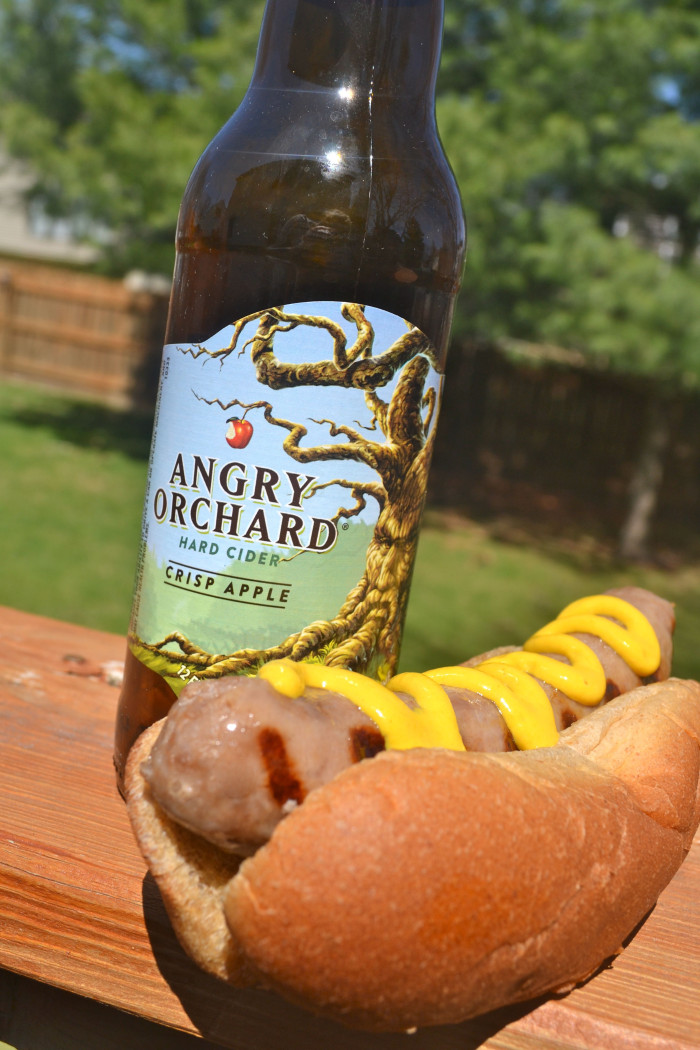 I highly suggest you try boiling your brats in Hard cider this summer!  It will be a great way to switch up your grilling rotation!

Have you ever tried grilling your brats in a different liquid? 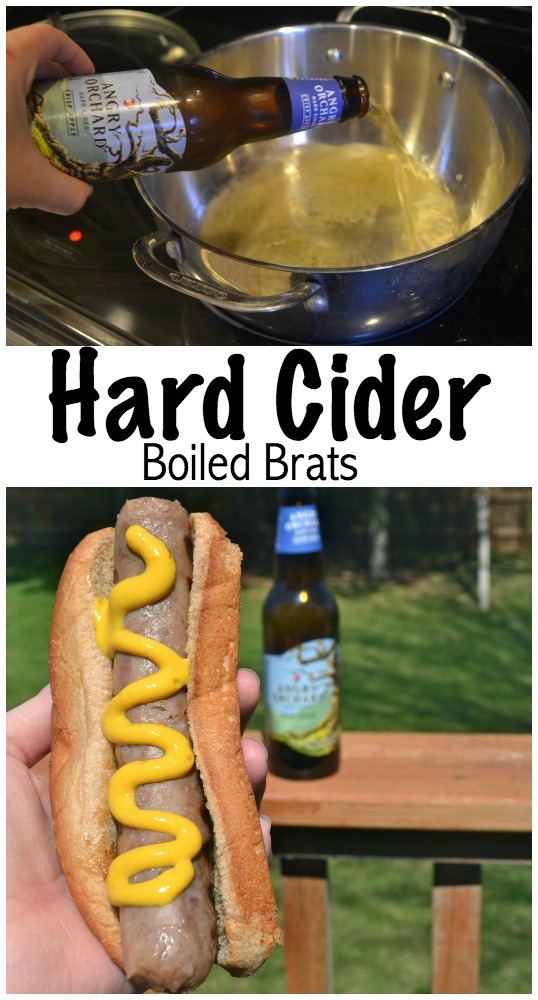