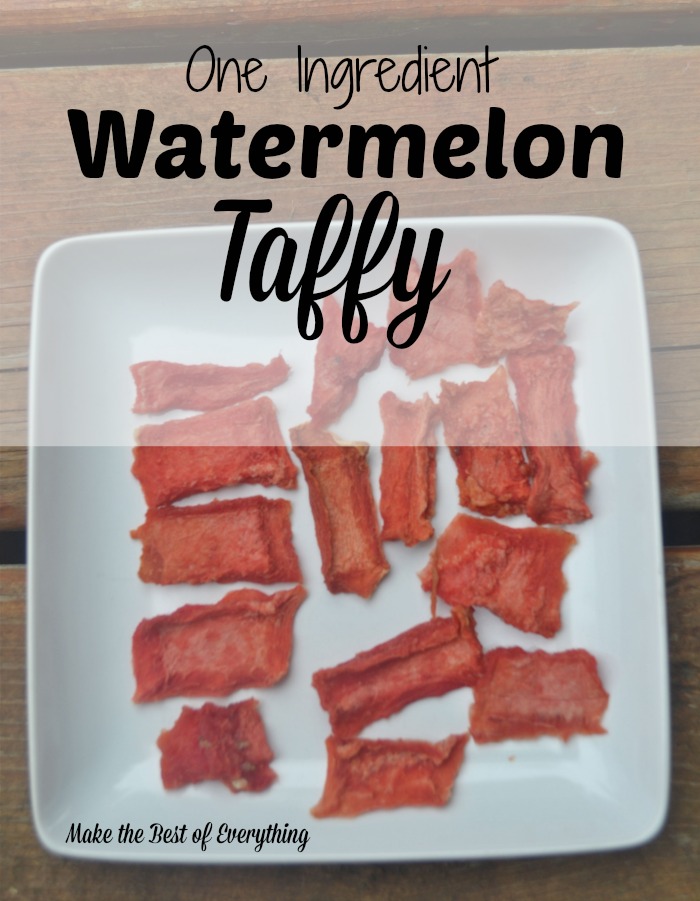 One Morning last year, I hopped on to Amazon.com  and impulsively bought a food dehydrator.

And once in a while, I will pull it out and experiment by attempting to dehydrate different things. Like Zucchini and Kiwis, just to name a few.  I have no idea why, but I have been itching to dehydrate some watermelon slices for a few weeks now.  ( guess I am strange like that).

Instead of a fruit leather snack This dehydrated watermelon turned out sugary, like candy.  With a Taffy like texture. WOW this was REALLY tasty.  My two-year old giggled at me as he ate it.  Giggled like he does when he thinks he is getting away with something.  🙂 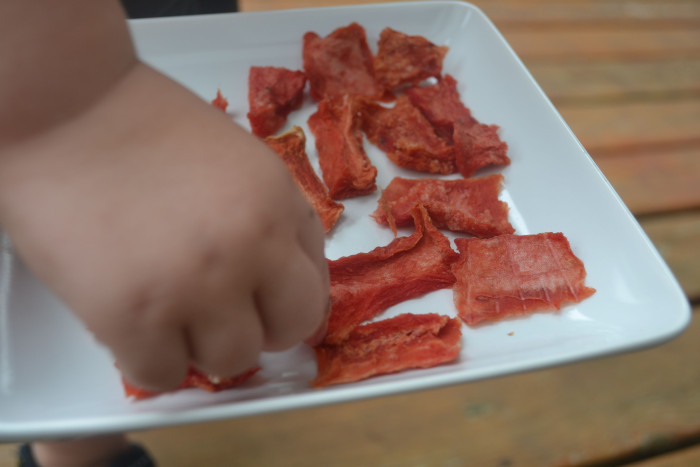 Healthy Watermelon Takes almost no prep work!  I am not even going to write out a formal recipe, because that would be silly.  You simply cut watermelon slices 1 inch by 1/2 inch thick and stick them in your food dehydrator for about 14 hours.     I only wish I would have made more. 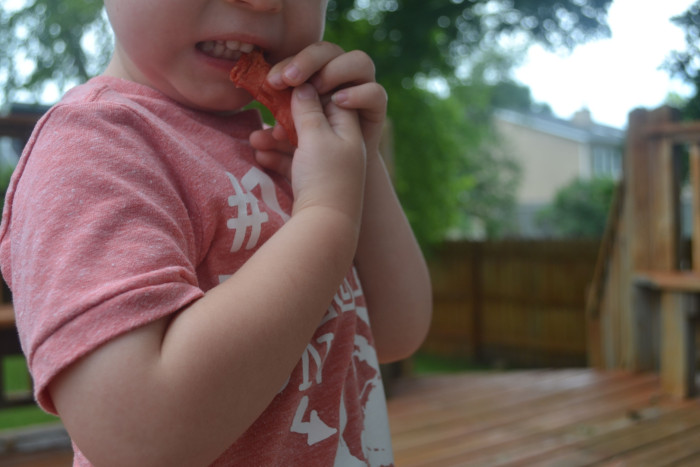 few slices because this was an experiment.   I was not sure how dehydrated watermelon would turn out.  I could see this as a fun healthy snack while on the go. AND I suppose you could even cut them up to they would LOOK like fruit snacks

I don’t know why society adds so much sugar to all the foods we eat when there are so many wonderful fruits and vegetables that are naturally sweet.  Don’t get me wrong this natural taffy is REALLY sugary.  But it was grown that way. 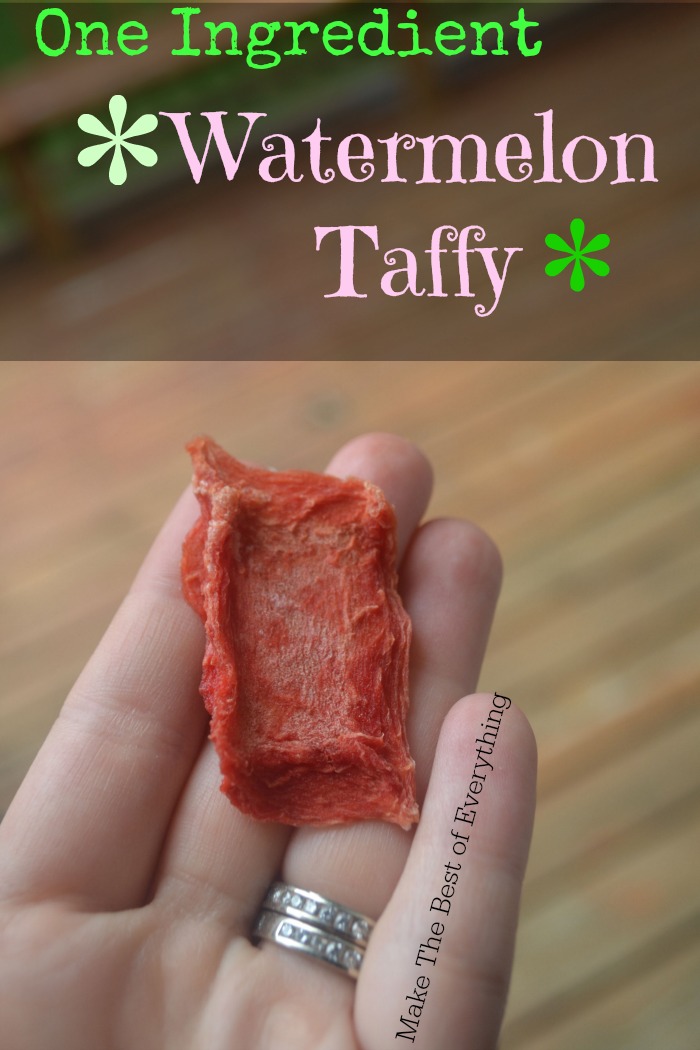 5 Reasons to Pack Your Own Food

12 delicious snacks to make in your dehydrator

[…] But seriously, they will eat an entire one within 24 hours. So I know they would love this healthy watermelon taffy from my friend Kristen. This will be one snack we definitely need to make this […]

what a great idea .when its summer time here in Oz I will give it a try as the price is a lot cheaper as its in season..

woo i wanna try this one! looks like i’ll love this

It looks delicious as snacks for kids! In any case, we still prefer eating the natural fruits.

I love this!! watermelon is one of my fave fruits and kids love it too. his is a great alternative to all that sugary stuff our kids get their hands to during summer! The healthier, the better!
xo,
Dee T
http://HauteFrugalista.com
@HauteFrugalista

How fun is this!! My mouth’s literally almost watering thinking of the watermelon taste that must come out of that taffy. Yum!

What a cool idea! I bet the kids love it. I had not heard of watermelon taffy before reading this post. Thanks for sharing!

This is a great idea, and sounds tasty too. I’ve never tasted watermelon taffy before and definitely going to try this.

I really love watermelon and I’m sure I would love this taffy too. Would it be possible to make it in the oven as I don’t have food dehydrator.

This is amazing. I had no idea that you could make taffy with watermelon. Now I want to go and get a food dehydrator so that I can try this.

What a neat idea. I would have never have thought to do that to watermelon. I can see my kids loving this and thinking that’s candy and they would never know how healthy it is for them.

I’m still trying to wrap my mind around how watermelon can be made into taffy. it sounds so impossible (and delicious)!

What a fun idea. I’ve always wanted a food dehydrator but could not think of a lot that I would use it for. This Watermelon taffy sounds fantastic!

I’ve never tasted watermelon taffy before but it sounds delicious. Bonus point for no added sugar!

I’ve never seen anything quite like this. We love watermelon and beef jerky, I’d bet we’d love this!

It made me think of beef jerky. I enjoyed reading this one and now, I want my own food dehydrator. I’m sure I’d do a lot of experiments like what you did.

That is something I have never tried! I have a dehydrator as well, and usually only do beef jerky, but occasionally fruits as well. Watermelon might be next on the list! 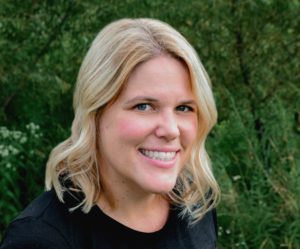 Hi! I am Kristen. Join me as I share easy, delicious, and approachable recipes that are nourishing and will please everyone! 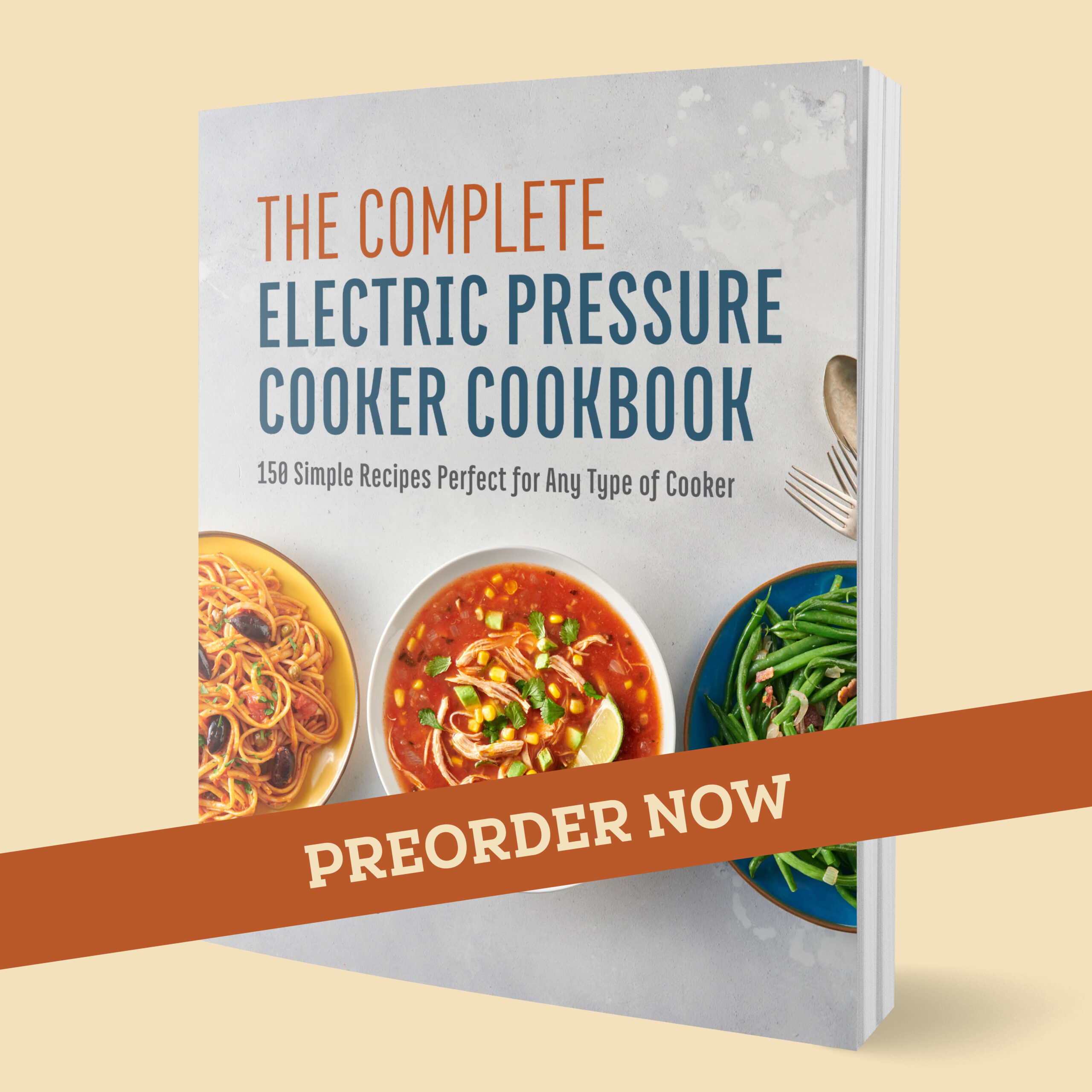