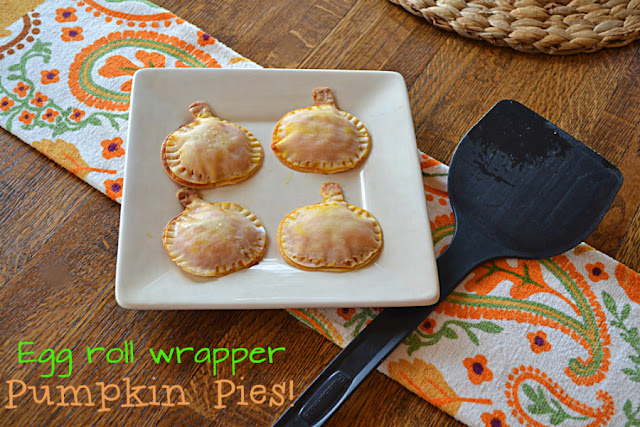 I have been in a pumpkin kind of mood so far this fall.  When I was up in Chicago visiting family over labor day, I was able to get a Pumpkin Spice Latte from Starbucks, which was a pleasant surprise.

I grew up in Chicago land.  I now live in Southeast Iowa.  The closest Starbucks is about 90 minutes away.  I have learned to make do.  A local coffee house here in Ottumwa, called the Lucky Rooster makes a ” Falling Leaves” Latte which has pumpkin and gingerbread! ( Amazing!)

Well anyway, I decided to make these mini egg roll wrapper pumpkin pies to get my pumpkin fix in. 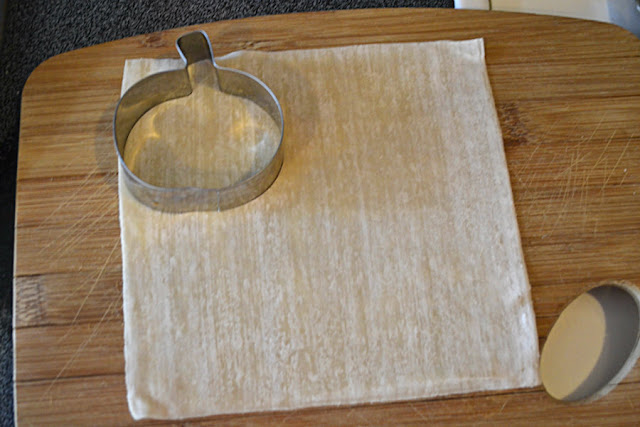 I decided to make each mini pie pumpkin shaped.  Just because its fun!

Ingredients
1/4 can of canned pumpkin
1 egg white
2 teaspoons of brown sugar
1 pinch of cinnamon
1 pinch of nutmeg.
3 egg roll wrappers
1 tablespoon olive oil.  ( or other oil. I used olive oil and was extremely happy with the flavor)

1) With a pumpkin shaped cookie cutter, cut out 4 pumpkins on each egg roll wrapper.  You will need two pumpkins for each pie.

2) In a bowl mix the rest of the ingredients. 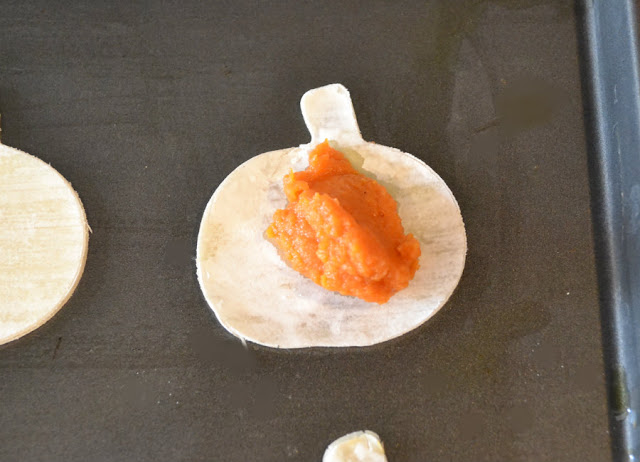 3) drop about a  teaspoon of the pumpkin mixture on a egg roll wrapper pumpkin.

4) Cover it up with a second pumpkin and seal it shut with a fork. 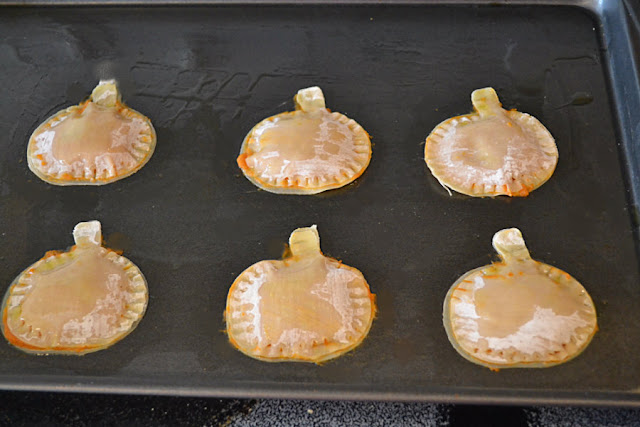 5) Brush each pie with some olive oil. 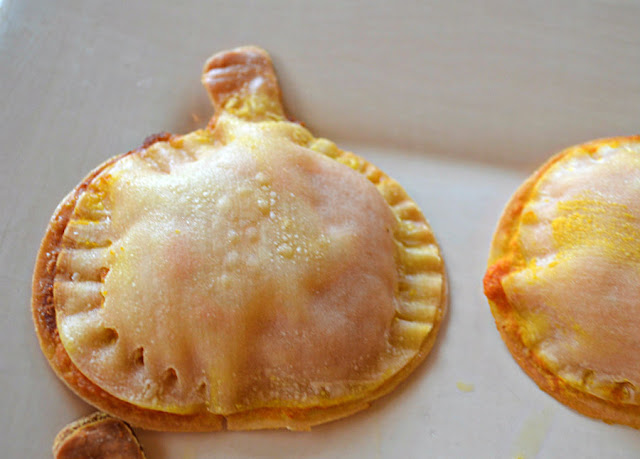 7) Let cool for about 5 minutes before eating.

Oh my goodness. these were Delicious!  I did not think that they would be this good!  I think that using olive oil instead of canola oil made a big difference in the flavor!

This summer,  I also used egg roll wrappers for my Egg Roll Wrapper Calzones.  Check them out! 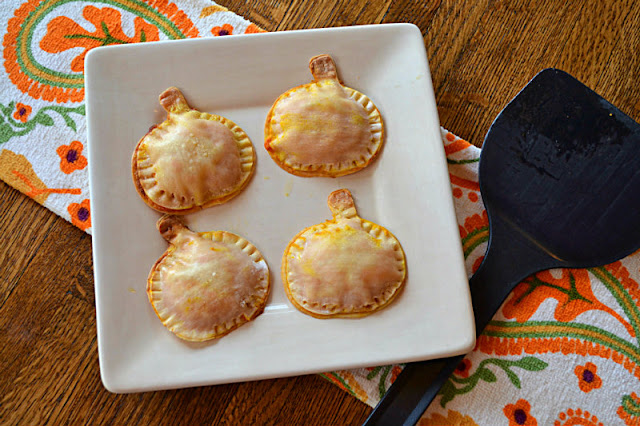