If you read my blog, then you know that I might have gone overboard with the “Homemade tortilla chip”

Last fall I made a simple ” Homemade tortilla chip“ recipe.

Then around Valentines Day, I made Heart shaped tortilla chips.

This past spring I taught my readers how to make a Tortilla cup that looks like a rose.

Naturally, I decided to be redundant yet again, and made some Tortilla chip stars in honor of the 4th of July.

I did switch up the recipe a little bit.  I added cinnamon and sugar to these chips instead of salting them. 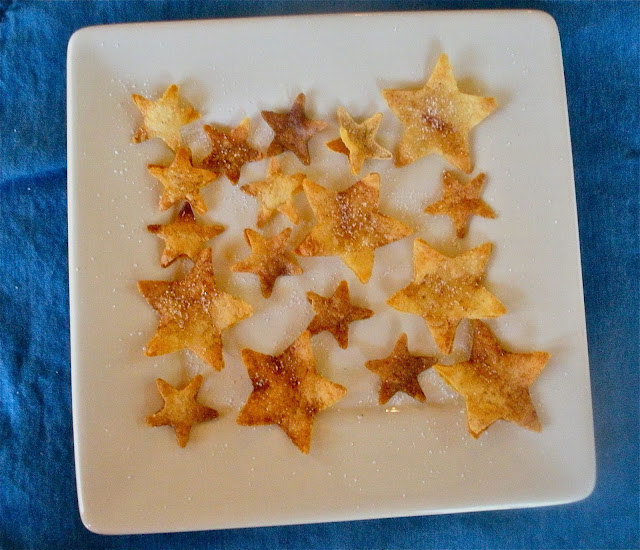 My original plan was to find blue tortilla’s at my local Mexican grocery store, but I live in a town of 30,000 people.  It can be hard to find specially items. 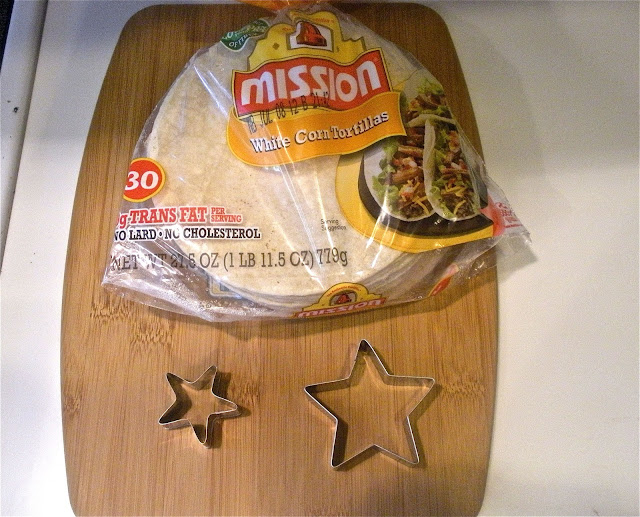 I settled with white tortillas and took out a set of star cookie cutters that I received at a baby shower. 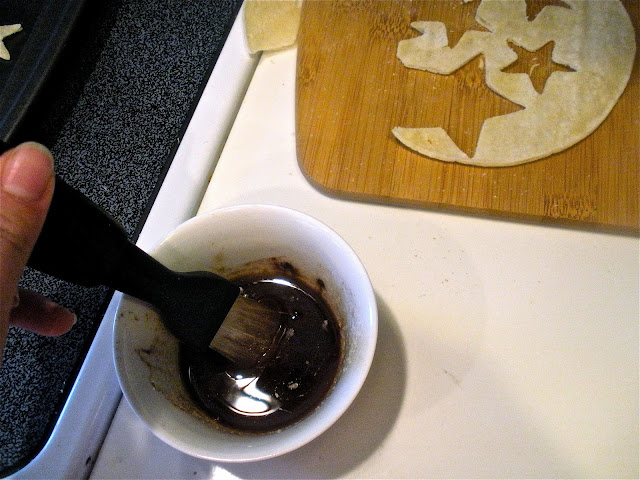 I used the cookie cutters to cut out stars.  I then brushed each star with a mixture of canola oil, sugar and cinnamon. 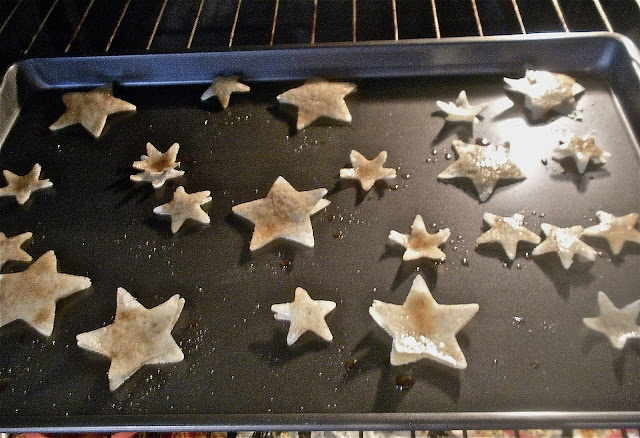 Bake for about 10 minutes at 350 degrees F. Or until you think your chips are crispy to your satisfaction. 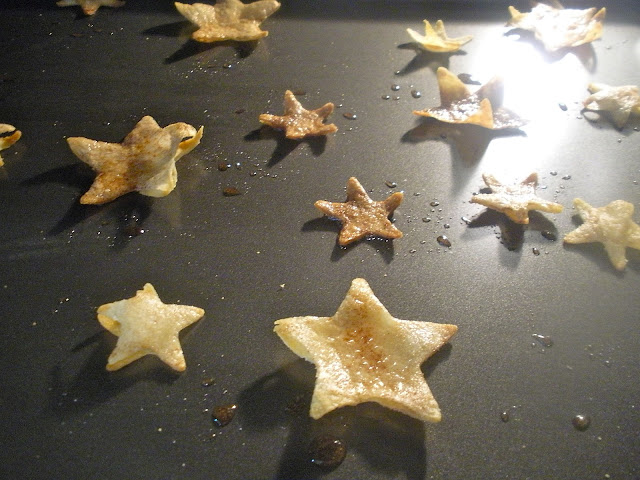 You may desire to sprinkle some extra cinnamon and sugar on these chips. 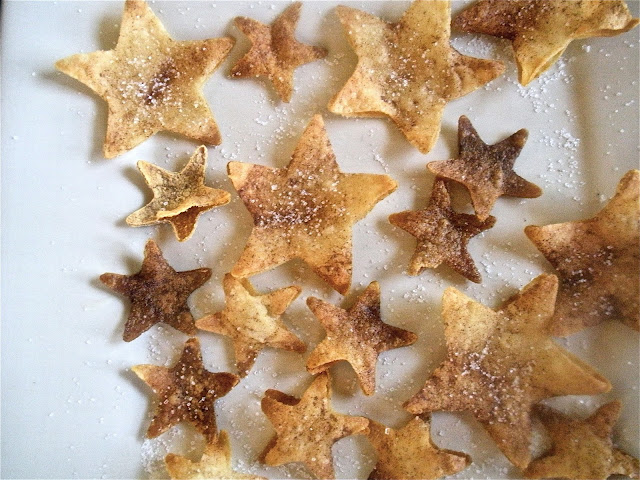 My smaller stars were a little well done.  either way, they were tasty.  These are a healthier alternative to all those patriotic cakes out there.